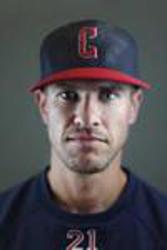 Matt Tupman is a Concord native that graduated Concord High School in 1999. Matt attended UMass Lowell which he earned All American Honors in 2002. He led the team to back to back College World Series appearances in 2001 and 2002.

Matt was also named All New England as a catcher every season he attended UMass. Matt was selected in the 9th round of the 2002 Major league Baseball Draft by the Kansas City Royals. Matt spent 9 seasons in the Royals Organization making his Major League Debut in September of 2008.

In 2009 Matt played in the Arizona Diamondbacks organization before suffering a shoulder injury forcing him to miss part of the season. In 2006 Matt played for Team USA in Havana, Cuba to qualify for the 2008 Summer Olympics.

Matt spent three seasons in the Caribbean Winter League for Los Tigres Del Licey in the Dominican Republic. In 2008 Matt helped lead his team to the Caribbean World Series Championship. Matt was named the All Star Catcher of the league.

Matt started his coaching career with the Concord Cannons in 2010 leading the U15 Cannons to a 30-7 record. Matt has won numerous championships including the 2012 Concord American Legion State Title. Matt is available for Private Lessons in the areas of hitting, pitching, catching, strength and conditioning and fielding.