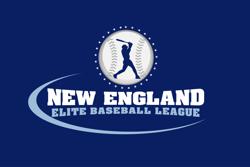 Mike Bowse played four years at Shawsheen Tech High School where he earned All-Star honors in his junior and senior seasons. He continued his career at Colby-Sawyer College. As a Charger, Bowse pitched ten complete games. He threw more than 40 innings in his final three seasons with a 3.53 ERA in his senior campaign. Mike currently owns the school record with thirteen runners picked off.

After graduating last spring, he served as an assistant coach to the 13U Chiefs before taking over the reins for the 2017 season.